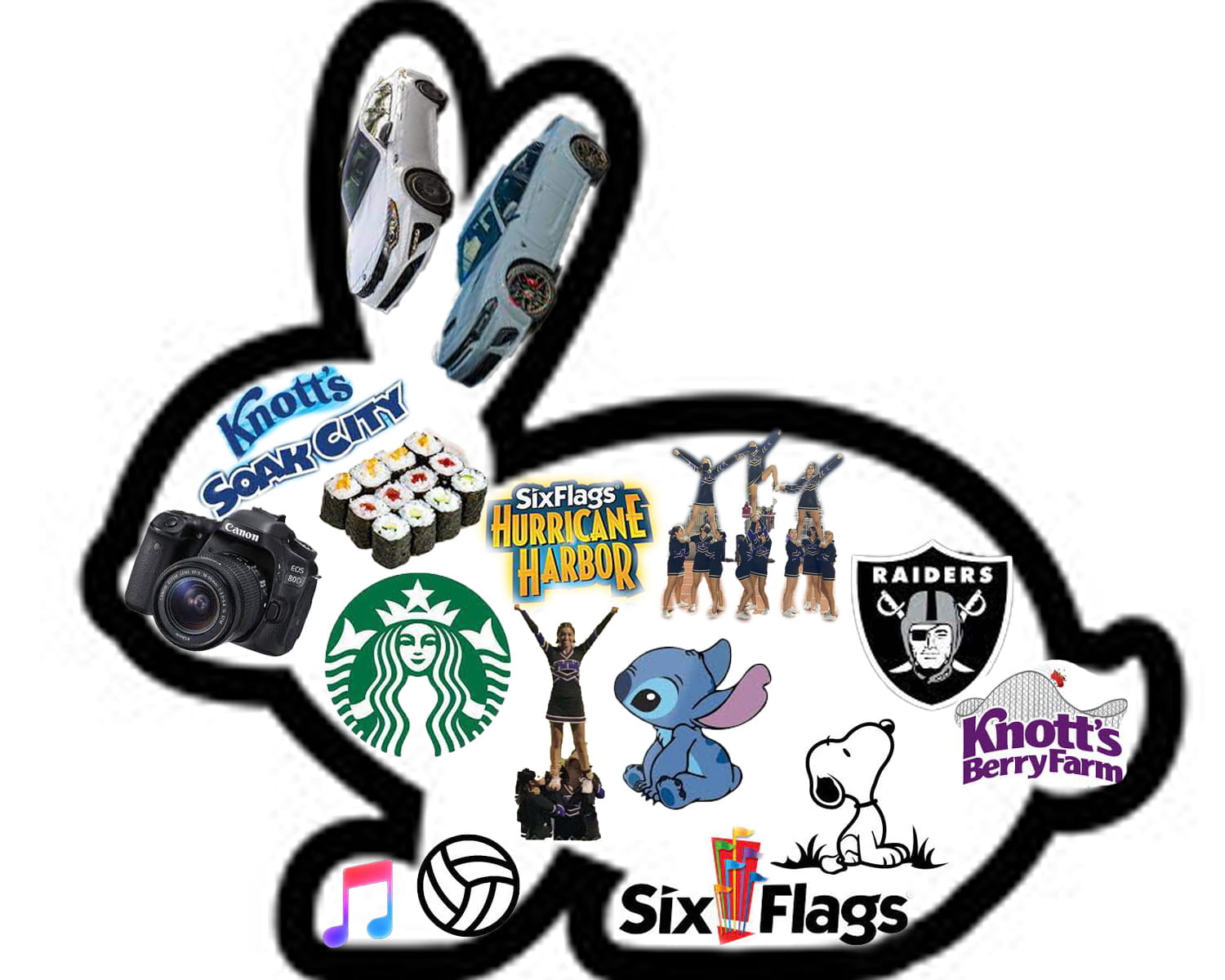 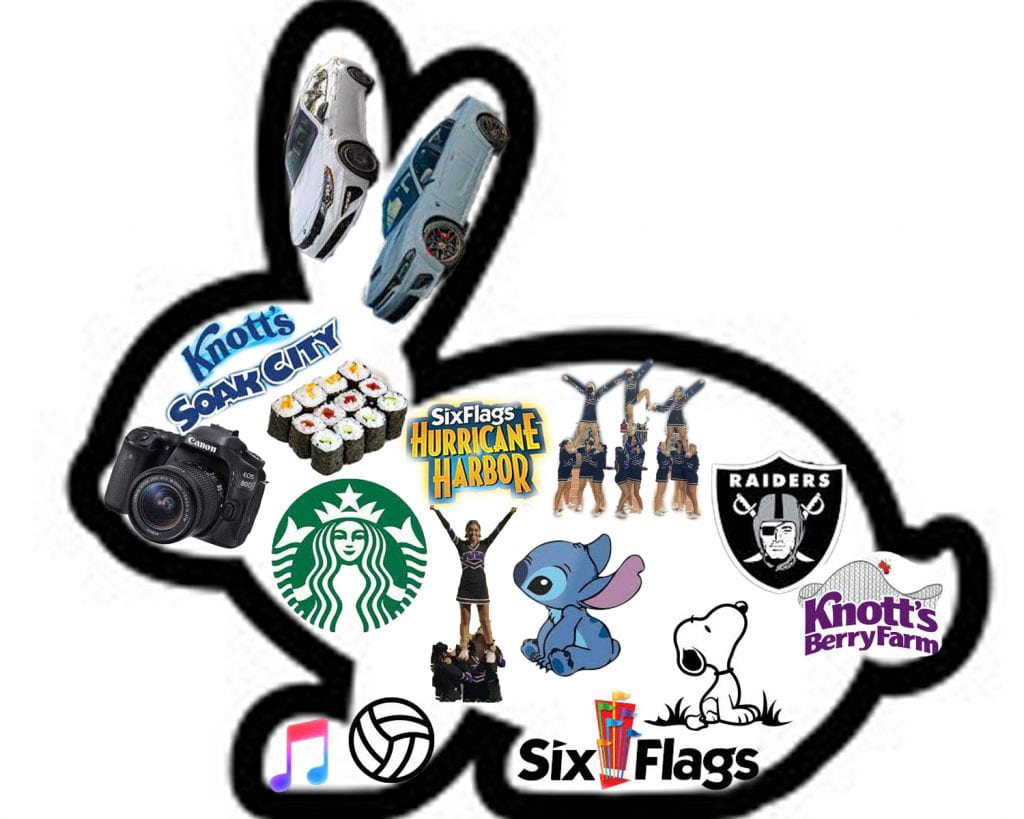 In this bunny outline collage I chose to put the things that I enjoy doing. I either enjoy doing them for fun on my own or as “work”. I know it does not seem like many things but behind a few of the images there is a story. The outline even has a back story.

The background story to the bunny outline is pretty interesting I believe. I chose this outline because one I like bunnies and two because I thought it would stand lout seeing as how everyone choses a square, circle, rectangle, etc. I have a bunny and using this outline helped involve her in my work. The way I got my bunny is pretty funny. One day I was in my house and my dad had just came back from work he called me and told me there’s a bunny outside. Keep in my mind I have always wanted a bunny. I went outside to see and the bunny was on my lawn. My dad then told me if you can catch her you can keep her. I proceeded to attempt to catch her and at the end my dad ended up helping me catch her. A month later I found out she was pregnant. I found out by looking at the clump of fur she had taken off herself and I noticed it was moving. Sadly all of them passed away minus one. One survived but shortly after he ran away. 🙁 That is the story behind how I got my bunny and why I chose the outline.

Another image that has an interesting story behind is the cheer ones. I had done cheer in 6th grade however when I tried out if I’m being fully honest I was not 100% into it but I did like it. After I found out I made it and was happy/proud of myself. I didn’t do it in 7th or 8th because I wanted to try something different, however that did not work either. I wanted to try out in 9th grade but I found out we couldn’t do volleyball and cheer at the same time. I attempted to still try out but the day I had to get information for cheer was the last day of volleyball tryouts. I choose to go to get information about cheer and sadly I did not make/join either. Tenth grade was online and I did not want to do a sport while doing online school. I didn’t want to because online school was hard for me and I did not want to make it anymore harder. Now in 11th grade I tried out and I went into the tryouts with the mentality that I was not going to make it. I went in with this mentality because I had not done it in. more than 3 years, I didn’t think my body would still be flexible. Tryouts passed and I found out I had made the varsity team. I was surprised because this was my first time trying out in high school. I chose to incorporate cheer into my collage because cheer is a part of the things I like to do.